Building the Most Successful Rugby Club in England: Elite Performance

As the five-times English Premiership Champions and three-times European Champions Cup winners, Saracens are arguably the most successful English club in the modern era. In this final installment, Pavan Bilkhoo, a leader in North Highland’s Global People & Change practice, speaks to Joe Shaw, the Saracens Skills and Attack Coach, about the role that camaraderie, trust, and collaboration play in cultivating high-performing teams.

Pavan Bilkhoo: Saracens is arguably the greatest English rugby club side of all time. How has this been achieved?

Joe Shaw: We’re a trusted group of friends. We’re family with a shared drive for continuous improvement. The team always comes before the individual. When people join Saracens, they know they’re signing for life. It has to get under their skin and be part of their DNA. Players and coaches know they’ll be cared for, looked after, and inspired every step of the way. We want players to feel like they are making memories and building lifelong bonds at Saracens and in the process having the best time of their lives.

Pavan Bilkhoo: How do you drive high performance as a cohesive team, rather than a set of individuals?

Joe Shaw: As a team, you have to set your ego and self-interest aside. Even as a coach, you don’t know it all, so it’s essential to establish a growth mindset. After every game, we ask ourselves: What can we learn? What can we do better to create cohesion amongst the team? To give you an example, we recognise our players’ performance by looking at ‘magic moments’ after a match. This could be related to putting points on the board, a set piece, or strong defense. But, what’s key is they are always about the team and not the individual.

Pavan Bilkhoo: How do you define and celebrate success?

Joe Shaw: For Saracens, success is not about the win. If you win everything, nothing is good enough. It’s about celebrating the performance and the moments that arise in the game. This could just be effort – like two people making a tackle or kick chase – but it’s never about one individual. We recognise superior performance by giving awards for different plays. For instance, we have the Wolfpack rating for defense, a Falcon Talons rating for attack, and Pythons award for our strangling kicking game. It’s about celebrating small successes and humorous moments. It’s so easy to celebrate wins, but what about when you get defeated? It’s not all-or-nothing thinking. Beyond that, family is the most important measure of success, and we want people to bring that mindset to work every day.

Pavan Bilkhoo: How do you handle failure when performance isn’t up to standard?

Joe Shaw: When things get tough and performance drops, that’s the ultimate test of culture. We know the answer lies within our bubble. Yet we always aspire to turn pain into a positive. Whenever you lose, external influences can bring you down. Last year, we lost seven games for the first time in a decade. There’s a saying that says that losers get together in small groups, blaming each other in corridor conversations. Winners come together as one. We regrouped, refocused, and identified the two or three things that could be improved. The answer is always within. If we’d panicked, it wouldn’t have worked. We just needed clarity. 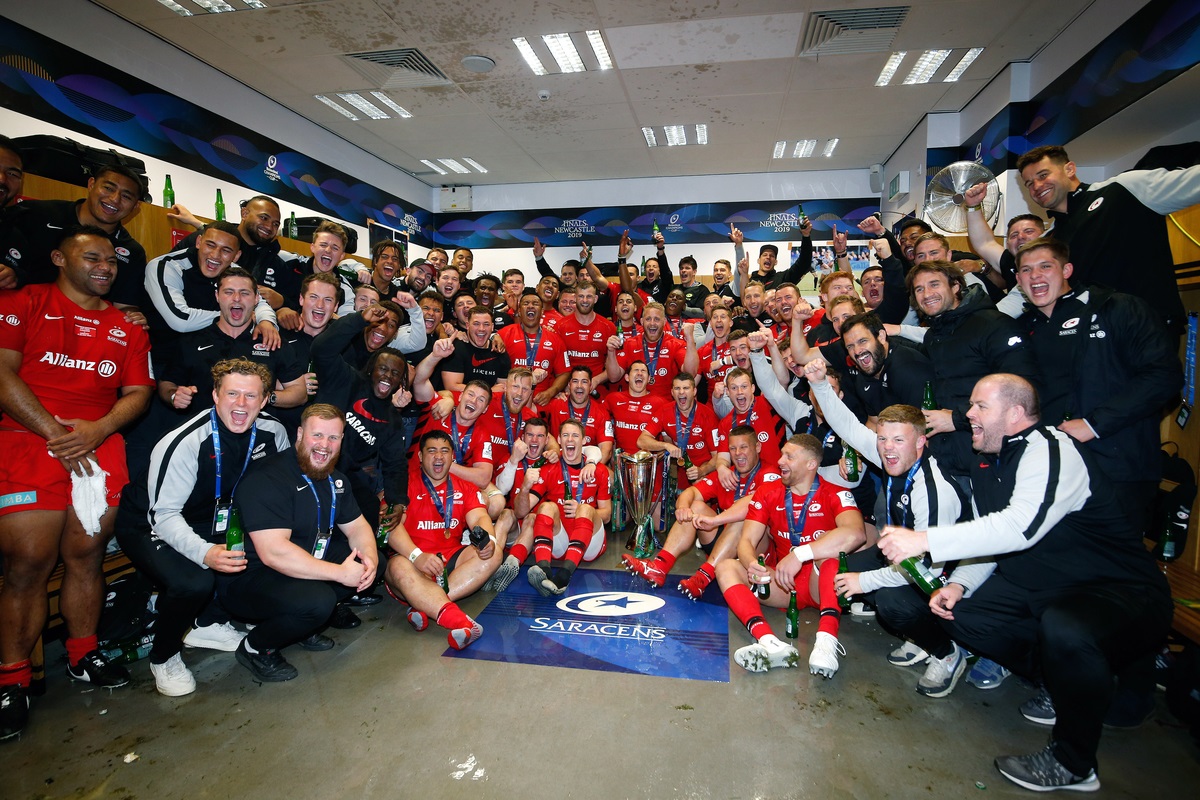 Pavan Bilkhoo: How do you analyse and define the path to improvement?

Joe Shaw: We dissect the performance. If performance is substandard but the effort is there, it’s my responsibility as a coach. Missed kicks or passes are down to me as it’s my job to upskill the player. Conversely, if it’s effort-related, that’s the player’s problem. The coach will take accountability for skills, but players must have the drive, work rate, and ambition to succeed. If you don’t have attitude, you won’t last long in the organisation.

Pavan Bilkhoo: How do you handle setbacks resulting from lack of effort?

Joe Shaw: We address it in a meeting, yet we never single anyone out. When you make a mistake, you know it. You get tingles in your stomach. Chances are you’re already beating yourself up about it and analysing what you could have done better. I’ve been in many environments where players would get called out, and that’s not the culture we work on at Saracens. We’ll be transparent if we didn’t give our A-game. We’ll come together to address and solve the issue so that we’re prepared to get up and back on track.

Pavan Bilkhoo: How are coaches and players motivated to set new performance standards?

Joe Shaw: Coaches look at things and players feel things. As coaches we review everything and analyse the game on a tactical basis. How did we get that mentality or attitude? Did we do something different? Did we get our messages across clearly? Did we put too much pressure on someone? Was it our idea as coaches or was it a team decision? Did they actually own it? If you have a leader of the team, let them lead and put their stamp on it because when they feel like they own something, they believe in it wholeheartedly. If you don’t, you’ll only get half of them.

Pavan Bilkhoo: Can you talk to us about the common language used at Saracens?

Joe Shaw: We use consistent phrases so if you’re a 14-year-old in the Academy or our owner Nigel Wray, you understand and can push forward. For instance, we say things like “there’s no pick or choose.” You can’t pick or choose when you put the effort in. You can’t pick and choose how you’re going to be with people. Just come in and do your best. Another thing we say is “effort over outcome” – it’s about the performance, not the win. “Everybody loves everybody” – people aren’t scared to tell each other they love each other. “Stuff people don’t see on or off the pitch” – this is about people going the extra mile and doing the ‘extras’ every day. “Never finished” – we’re focused all the time on improvements and getting the extra one percent. These are transferable references that everyone relates to; it helps extend our relationship-based culture.

Given that Saracens have just become the first English Rugby Club to win the European Champions Cup for the third time in four seasons, and following the team’s fifth victory in the Premiership Rugby Cup Final, Shaw is in a great position to talk about high team performance and measuring and celebrating success.

In business and in life, the power of the collective speaks louder than individual actions. Shared values and a sense of community within a team are clearly essential when facing setbacks and failure. Similarly, the right kind of culture will recognise small wins and magic moments in the game.

In order to be successful in driving consistently high performance, leaders must cultivate a compassionate culture that inspires teams to dream big, stay focused on performance, and consistently celebrate success beyond the score.

Transformation should be deliberate, continuous, sustainable, forward-thinking, and deliver excellence every step of the way. To help organisations power people-centric change at the speed of business, North Highland’s People & Change practice looks at all areas of talent and performance, from strategy and operating model development, through to change, process, culture, work, and analytics. We’d love to talk more about how your organisation can power its people towards operational and organisational excellence.

Pavan is a leader within North Highland’s People and Change practice, majoring on HR Transformation. Her background is a mix of Industry and HR Consulting. Pavan’s focus is on helping North Highland’s global HR clients realise business value through transformation across culture, change, process, technology and data.