When I was first asked to write about how much I have grown at North Highland, my immediate response was “60 pounds.”  But I was asked to give it a bit more thought, so here you go…

I started with North Highland in June, 1998 in Orlando as the fifth non-Atlanta employee.  A few weeks later, we had our annual meeting in Atlanta - all 60 or so of us.  The keynote entertainment was, and I kid you not, one of the founders showing us a slide show of his summer trip to Istanbul!

The 15 years I spent in Orlando were very special to me.  Having our first child about 3 months after our move, and twins a couple of years later, Orlando had become synonymous with diapers, minivans, and bad child soccer.  But I can honestly say I loved working with everyone in the Orlando office.  Orlando is where I learned two things – 1) the people in a company are most important to me and 2) consulting really can be about the client first.  My earlier experience with consulting  was much different on both counts.

Fast forward to 2013 – my 15th year at North Highland.  A member of the DC office quit the Friday before a critical project start and I was asked to fill in.  In those few months, I fell in love with the city and with the office.  When asked if I would consider joining DC, I jumped at the chance thereby ensuring that my then three teenagers would “hate me forever for ruining their lives.”

My first day in DC was, coincidentally, the day of an office all-hands.  Great!  I’ll get to meet everyone and get this thing kicked off right.  Rob Szumowski, then market lead for DC, was in the process of introducing me to the office and mentioned I had been with North Highland for 15 years.  As I was standing up to introduce myself, a much younger consultant sitting next to me said  “Oh My God!  I was in third grade when you started!”  I have to admit that threw me off my game a bit, but I staggered through the rest of the meeting.

But upon reflection at being the most “seasoned” consultant in the office, I realized I could have a very different role here in DC.  In Orlando I was the dependable delivery consultant.  Milquetoast.  Cautious.  The bridesmaid, but never the bride.  Did I mention dependable?  In DC, I had a chance to be a leader.  Not just at our clients, but someone who could help bring the team through all the changes we were undergoing and were about to undergo – a much more difficult and more important role.  I hope I have done that role justice.

Given that, I’m looking forward to NHv3.   It makes me uncomfortable.  It challenges me.  It worries me.  But my greatest lesson learned in DC is that uncomfortable change drives real opportunity.  It’s actually required.  And as long as I am working with great people who I truly like and appreciate, I will be here as long as North Highland will have me – as long as I keep changing. 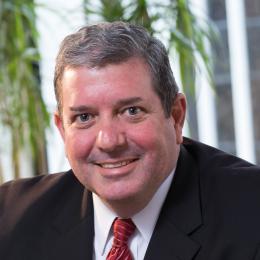 Gary is a consultant with the North Highland Company. He has nearly 30 years of experience in a variety of industries including Consumer and Industrial Products, Non-Profit, Healthcare, Transportation, Manufacturing, and Entertainment and Hospitality. Specific areas of expertise include Strategic Planning and Execution, IT Management, Solution Selection and Implementation, and Supply Chain Management.