The SSNRI: Putting it in Perspective

Blogs | The SSNRI: Putting it in Perspective

Data. We all know it’s transforming healthcare’s agenda. As patient-centric care becomes the standard, everything about a patient - from medical history to genetics - can be analyzed and applied to measurably improved treatment. While the industry aspires to use data to innovate, new regulation brings more basic data – data that is fundamental to delivering care – into focus.

Historically, CMS has used a Social Security-based patient identifier, the Health Insurance Claim Number (HICN), on Medicare cards and in transaction data. The Medicare Access and CHIP Reauthorization Act (MACRA) of 2015 called for the removal of the HICN on beneficiary cards and in business transactions with CMS business partners as a measure to protect against identity theft.

Now, as CMS aims to standardize a more secure format for patient data, the upcoming SSNRI regulation mandates the use of a new policy number, the Medicare Beneficiary Identifier (MBI), in place of the HICN. Starting in April 2018, the MBI transition will begin. All updated beneficiary cards will be re-issued by April 2019, and by January 2020, only the MBI will be used in all Medicare transactions.

As far as regulatory changes go, this one is relatively administrative in nature. Nonetheless, providers must be ready for a rapid transition to the MBI, with an anticipated 150 million to be issued over the next three years.1 And given that Medicare alone represents the largest patient population for the majority of healthcare providers, providers can’t afford not to be prepared.

When preparing for the impact of the SSNRI, it is first important to understand how and where HICNs are currently in use in your organization. Organizations should assess both patient experience and business operations, including processes, personnel, and software across hospitals, physician practices, other treatment providers, and in the back office.

As we approach the start of HICN-to-MBI transition in early 2018, providers should be confident that their:

Long-term, the scope of change brought by the SSNRI will likely go beyond the public sector. The growing prevalence of identity theft accompanies the consensus that secure patient identification makes sense. With Medicare representing the single largest payer and patient population for most providers, the industry finds itself on the cusp of a critical change that will only grow in impact as other private sector payers follow-suit. 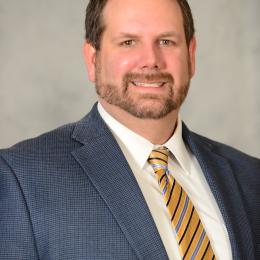 Troy is a consultant with the North Highland Company. He has over 20 years of experience in consulting and delivery in healthcare, public sector, and distribution operations, across business and IT settings. Specific areas of expertise include IT operations, IT strategy, healthcare revenue cycle, and software development life-cycle with deep healthcare experience among hospitals, physician practices, software vendors, behavioral providers, pharmacy, and health plans.