Coffee in hand and computer bag over her shoulder, Maria exits the hotel and immediately spots her Uber driver. In the few minutes it takes to get to the nearest train station, she explains that although her mid-morning sales pitch is downtown, it’s cheaper to stay in the suburbs. The inbound 8:10 am train is packed with barely any room to stand – a miserable way to spend the first half-hour of her day. There’s one silver lining, however: though she’s prepared with a paper ticket, the conductor never enters her car; he’s too busy completing on-board ticket purchases in the other cars.

Fare evasion – whether intentional or not – is a problem. In 2016, the Massachusetts Bay Transportation Authority (MBTA) estimated that it had been losing $42M annually to fare evasion, with the commuter rail lines – like the one Maria was on – responsible for $35M of the total. This lost revenue is substantial, and transit authorities across the country have followed MBTA’s lead in considering ways to reclaim it. For instance, among other efforts, the Washington Metropolitan Area Transit Authority (WMATA) increased the number of citations given to fare evaders and piloted an alarm system at some of their gates; the Southeastern Pennsylvania Transportation Authority (SEPTA) began checking commuter rail tickets at the stations prior to boarding and equipped five of their main commuter rail stations with bidirectional gates in preparation for implementing scan-in/scan-out access to the platform. (That said, addressing this problem is not without its challenges; questions have arisen about whether combatting fare evasion violates Title VI of the Civil Rights Act. In late 2016, a civil rights complaint was filed against LA Metro on claims that it has “created a discriminatory system of policing that disproportionately impacts black transit riders.”)

These are just some of the ways that operators are working to manage and mitigate fare evasion. But one of the best ways to decrease fare evasion is through fare payment solutions—specifically electronic fare (e-fare) technology.

In short, e-fare is a method of ticketing that allows a rider’s fare to be stored electronically (in lieu of a paper ticket, token, etc.). Following Europe’s lead, e-fare implementation has exploded in the United States over the past few years, with operators in cities from Los Angeles to Boston signing significant contracts to launch e-fare solutions in their markets.

While there are a number of benefits associated with e-fare capabilities, both for operators and for riders, decreasing fare evasion is one that has significant impact on an organization’s top- and bottom-lines. Instead of purchasing a more expensive ticket after boarding, riders like Maria would be incentivized to pre-pay for their tickets using their mobile device. These pre-paying riders would be required to ‘activate’ their ticket on their mobile device prior to boarding. A quick visual inspection by the conductor would confirm that the ticket was indeed activated prior to boarding; if the ticket was not activated prior to boarding, then the rider would be subject to a fine. Under this system, Maria would have activated her ticket prior to boarding, allowing the operator to digitally collect her fare even though the conductor never made it to her car. This is just one way in which fare payment solutions provide a fast, efficient, and effective way to discourage both intentional and unintentional fare evasion.

Transit operators lose millions of dollars each year to intentional and unintentional fare evasion; though many are trying to determine how to bring an end to this revenue leakage, the smartest ones are turning to e-fare. 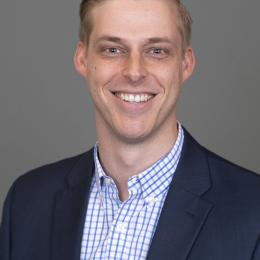