The long-suffered low-rate environment appears to finally be changing as the Federal Reserve seems on track for three rate hikes in total in 2018. For many banks (and credit unions), those rate hikes are long-awaited good news, as banks can expect to finally get some help from the thin margins that have dominated banking since 2008. While help for net interest income margins may be on the horizon, banks still face a formidable regulatory environment, heightened risks to brand, and an aggressive “disruptor reality” being powered by fintech advances, AI, and other emerging market changes. In this environment, it’s arguably more important than ever for banks to pay close attention to their overall efficiency levels, and to apply sustainable improvements to keep operations as nimble as possible in this ever-evolving banking environment.

Banks have long used their Operational Efficiency Ratio (OER) as a key measure of bank performance. In simple terms, OER measures how much it costs a bank to earn a dollar of revenue, so a lower OER value is the goal, and upward trends in OER are a clear sign of building inefficiencies. Faced with narrow margins, banks launched numerous cost-savings strategies over the last few years to maintain OERs within targeted ranges. Multiple banks announced FTE reductions, branch closings, and broad budget-cut push downs. We know of a large regional bank that has had two recent rounds of FTE cuts to lower expenses. The FTE cuts certainly succeeded in lowering expenses, but the bank’s responsiveness suffered. Complaints can now be heard at the bank about how difficult it is to make even routine changes, and how more strategic enhancements are being evermore aggressively prioritized due to resource constraints. In an environment where there’s heightened expectation for seamless experiences, lack of responsiveness simply isn’t an option for organizations that want to compete. It’s likely that hiring will creep up again and any short-term efficiencies gained will be lost.

To ensure efficiency changes deliver lasting improvement, it is critical that the changes be sustainable. Sustainable efficiencies can be realized through the adoption of new technologies, the streamlining of processes, and the generation of new revenue. FTE cuts, independent of introduced improved processes or the adoption of technology, rarely prove sustainable. When it comes to uncovering new efficiencies, here are three of the most effective types of improvements:

Machine learning (AI) automation is the oldest “new” technology helping drive efficiency in banks. Machine learning, in one form or another, has been around in banking for many years. It’s sometimes been referred to as “business rules,” but banks began to appreciate the power of machine learning as soon as they began assigning “rules” to CIFs and Account Opening platforms. Many banks saw (and still see) enormous efficiency gains by taking complex human processes and applying rules-based automation and data integration to help the processes. Banks that had averaged 45 minutes to open a new relationship soon found that relationships could be opened in less than 20 minutes by having business rules select appropriate features and relationship products. Banks saw improvements in productivity as account volumes could be supported by fewer and fewer branch personnel. Efficiencies can improve as increasing levels of automation find their way to different parts of the bank.

Process improvements similarly deliver sustainable change.  Many processes, originally designed for one set of circumstances, are perpetuated even as new demands suggest changes are needed.  Far too often the phrase, “that’s the way it has always been done” can be heard, regardless whether you are talking to an Operations Specialist, a Loan Advisor, or even a Wealth FA. Process improvement disciplines are proven methods for enhancing the way people work, but to really deliver on efficiencies, it is critical that any “myopic focus” be overcome.

Revenue is the third key lever in bank efficiency. Too often efficiency improvements are translated to mean cost or expense cuts, but efficiency can be improved through revenue growth as well as expense management. Product and process teams using process improvement disciplines can often uncover revenue opportunities that otherwise remain dormant. Working with the lending team of a bank, we uncovered areas where certain loans were approved, but not funded. Digging deeper, we realized that these pending loans migrated into “limbo” within the loan department. By implementing recommended follow-ups and establishing workflow controls we were able to “recapture” these loans and fund over 20 percent of the previously lost loans, directly driving new loan revenue. Efficiency improved without any team reductions.

Teams in banks across the country are working on applying automation, improving processes, and finding new revenue, but often with limited results. The issue often comes down to where changes are applied, and that’s where informed focus comes into play. Banks need to not only introduce improvements, but they need to do so in the most critical areas of the business. Herein lies the challenge. Operational teams know the products and processes “up close and personal,” and these teams often work to improve their daily challenges. Executives know the most critical drivers of business performance, but often lack the detailed process knowledge to know what’s possible in the arena of change.  Banks must join the two points of view together to drive sustainable improvements in the right areas of the organization; only then can banks see direct improvement in efficiency with an expectation of ongoing benefit. 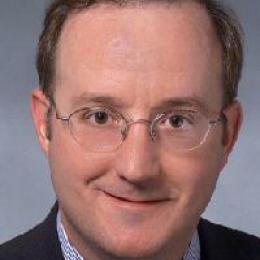 <p>Scott is a North Highland senior SME in Banking, with particular expertise in Bank Operations, Process Improvement, Consumer and Mortgage Lending, Card, and Audit. Scott has over 25 years of industry experience both as an international banker and as a senior executive for a large national bank. He has over 10 years of consulting experience.</p>
View Profile
Tags Label:
Blogs
Transformation
Financial Services