“We’re thrilled to welcome Anne and Bill to the board. Their experience, expertise, reputation and passion for North Highland make them very well suited to these roles. We know that both will be excellent contributors to the board’s work on behalf of the firm,” said Rear Admiral Marsha Evans, non-Executive Chairman of the Board.

With more than 30 years in the consulting industry, Game has been with North Highland for more than a decade. As Managing Director, she’s led the growth of several key accounts for the firm, both in Atlanta and globally. Among other responsibilities, Game serves as executive sponsor for several firm-wide initiatives, including inclusion and diversity, executive leadership development and account management; she previously led the Chicago office.

Douglas is a 30-year veteran of the Coca-Cola system with extensive international experience. He joined Coca-Cola Enterprises in July 2004, serving as the CFO from 2005 to 2013. As Executive Vice President and CFO, Douglas oversaw the 2010 transformation of CCE into a European operating company, enabling a return of nearly $7 billion in cash to shareowners in the following years. Beginning in 2013, Douglas served as head of CCE’s Supply Chain team, before retiring in 2015.

Game and Douglas are replacing current board members Dave Peterson and Frank Mueller, who are both retiring from the board. Peterson is one of the founders of North Highland, serving as CEO until 2005, and then non-Executive Chairman of the board until 2012. Most recently, he served on the Audit & Finance Committee and the Nominating & Governance Committee.

“It goes without saying that North Highland would not be here today if it weren’t for Dave. Words cannot express our gratitude to him and all he has done for the firm during the past 25 years. While I know he’s looking forward to devoting time to his passions outside of North Highland, he’ll always be a part of our family, and part of the heart and soul of who we are,” said North Highland CEO Dan Reardon.

Mueller served on the North Highland Board of Directors for 10 years and most recently was Chair of the Compensation Committee and part of the Audit & Finance Committee.

“In his more than 10 years of service on our board, Frank has been a strong voice of reason, a strategic advisor, and a champion of growth,” said Reardon. “We sincerely thank him for his dedication to North Highland. Both Dave and Frank will be missed, but their presence will continue to be felt long into the future.”

North Highland is a global management consulting firm known for helping clients solve their most complex challenges related to customer experience, performance improvement, technology and digital, and transformation. We add value and support our clients across the full spectrum of consulting, from strategy through delivery. We bring the big ideas, then we make them real. North Highland is an employee-owned firm, headquartered in Atlanta, Ga., with more than 3,000 consultants worldwide and 60+ offices around the globe. The firm is a member of Cordence Worldwide (www.cordenceworldwide.com), a global management consulting alliance. For more information, visit northhighland.com and connect with us on LinkedIn, Twitter and Facebook. 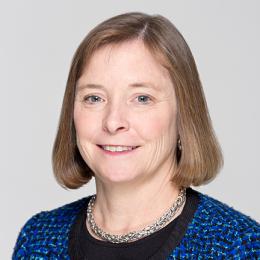 With more than 30 years of consulting experience, Anne Game’s transformative work in the manufacturing, consumer products and hospitality sectors has been both sustainably valuable and immediately impactful. She’s watched the stock of a struggling enterprise tick up real-time as the results of her three-month value creation project were presented, and she is equally inspired by the ongoing growth and long-term capabilities... 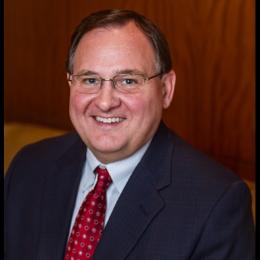 William (Bill) W. Douglas, III is a 30-year veteran of the Coca-Cola system with extensive international experience. He joined Coca-Cola Enterprises, Inc. in July 2004, serving as the Chief Financial Officer from 2005 to 2013. As Executive Vice President and CFO, Bill oversaw the 2010 transformation of CCE into a European operating company, enabling a return of nearly $7 billion in cash to shareowners in the following years.