The UK Gender Pay Gap: Owning Your Data and Avoiding a Media Storm

The gender pay gap is no doubt a global issue, and the World Economic Forum reports it could take 217 years to close it. In recent years, countries have stepped up their efforts to solve this issue and by April 2018, in the UK, companies that employ more than 250 people are required to disclose the gender pay gap for their salaried employees (detailed here). Some organisations have already shared their gender pay disparity although this has frequently led to controversy in the media; a notable example of this is the British Broadcasting Corporation (BBC). Given that the national gender pay gap for full time employees is 9.4%, it is understandable that companies are cautious about sharing their own data publicly. However, there are ways to do this honestly and positively.

So why have these ‘early disclosers’ received a public backlash? What does a good disclosure look like?

Losing control of the narrative

A few months ago, the BBC released salary details for those earning over £150,000 a year. Unfortunately, there was a clear lack of diversity amongst the highest paid employees. Chris Evans topped the list at £2.2m per year. While the first female, Claudia Winkleman, was ranked 8th, receiving less than a quarter of Evans’ salary.

By providing only names and pay brackets, with no messaging, the BBC let others create their own analysis and lost control of the narrative, which the media then gladly drove. Take the example of BBC Breakfast co-hosts Dan Walker and Louise Minchin: the former appeared on the BBC’s list but the latter did not, indicating her earnings were under the £150,000 per year threshold. This generated much outrage before Walker highlighted that he also presented sports programmes for the BBC, and that both were paid the same for presenting BBC Breakfast.

Had the BBC been proactive in analysing its data, perhaps breaking down the salaries by responsibility, then they would have allowed the audience to draw more accurate comparisons.

How can companies get this right?

The easiest way to publish gender pay gap data is to simply provide the statutory disclosure with the company results. By providing extra detail and context, the level of ambiguity in the data will be reduced. For example:

Even in organisations where the gender pay gap is low, the data is likely to highlight some problem areas; calling these out shows a genuine desire to change. For example, IT departments, historically, have tended to be male-dominated and HR departments more female-dominated. According to Reed.co.uk, the average IT salary is over ten thousand pounds more than the HR salary, suggesting there should be a focus on improving the gender representation within both teams. Demonstrating a deep level of understanding of the data provides confidence that these discrepancies are being remedied.

This legislation shouldn’t trigger an initiative. Rather than focusing solely on reporting on the gender pay gap, look at the longer term goals, recognising that a diverse workforce is integral to the success of your business. There are three core aspects to focus on as part of this improvement plan:

It is in the interest of all companies to analyse and disclose more than just the minimum gender pay gap analysis. By gathering a broader data set, organisations will have a clearer understanding of where they are falling short and can ensure a robust action plan is in place. This should be championed across the organisation and committed to publicly, to mitigate the risk of a poor disclosure. With the World Economic Forum estimating true gender parity will take many years, it is vital that companies dedicate time and attention to this now, beginning by embracing the Gender Pay Gap legislation.

This piece was co-authored by:

Tom is a Consultant at North Highland in Financial Services and legislative driven transformation. Tom is aligned to the Data and Analytics capability developing complex financial models to support large transformation programmes and making communication of large data sets accessible to stakeholders. 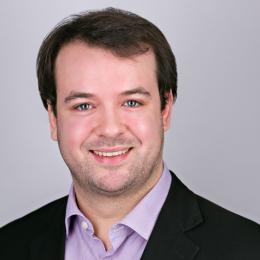 Tom is a consultant at North Highland. He has strong problem solving, design and data analysis skills.

Prior to working for North Highland he completed an Meng (Hons) degree in Integrated Mechanical and Electrical Engineering. During this degree he worked for a year for a hydraulic manufacturer involved in the design of a new product but also several changes to the manufacturing processes.