What Could Happen with DOL Fiduciary Rule with the New Administration?

Blogs | What Could Happen with DOL Fiduciary Rule with the New Administration?

With the new President taking office this month, many may be wondering what lies ahead for the DOL Fiduciary Rule approved in April 2016. Rolling back regulations on businesses was a major campaign theme for President Trump, which now leaves firms wondering how that campaign promise may materialize. In President Trump’s 100-day plan, the DOL Fiduciary Rule was not specifically called out. It’s unclear what the priorities for the new administration will be, but certainly the DOL Fiduciary Rules will be on the list. The question is whether it will be sooner rather than later. Three months remain before phase one of the new rules go into effect. What should firms and advisors do while faced with the uncertainty created by the change in administration?

The window for the Trump Administration to take any action before retirement advisors would have to act is very small. The “go-live” date for the Rule is April 10. Presumably, most firms would want to have all necessary infrastructure and policies/procedures in place by at least April 1 to allow for any unforeseen complications requiring last minute alterations. Working backwards from April 1, firms should advise clients of any changes to migrated accounts by February 15 to ensure advisors are only fiduciaries to clients with fiduciary-appropriate products and services. This will provide plenty of time for any follow-on conversations with clients about their accounts, if necessary. Given the tight timeline and steps necessary to comply with the rule, firms do not have the luxury of waiting to see whether or not the Trump Administration will take action to stop the implementation of the DOL Rule. It is our opinion that firms must continue preparing for the DOL as if it will be enforceable on April 10, 2017.

With that said, there are few ways in which the DOL Fiduciary Rule could be nullified or delayed by the Trump Administration.

Ultimately, President Trump and his new administration have a myriad of agenda items that need to be addressed in the days, weeks, and months after his inauguration. As of now, it is impossible to know which will be addressed first. Regardless of what happens with regulatory reform, as it pertains to the DOL Fiduciary Rule, it is North Highland’s opinion that retirement firms and advisors continue preparing as they would have given any other outcome of the election. The timeline for enforcement and nebulous path toward nullification leave limited room for error and could easily lead to non-compliance with a federal rule if companies do not take action. Additionally, “the train has already left the station.” Firms and advisors are already operating under a fiduciary standard, and large firms are touting their fiduciary standard in PR and advertising campaigns with clients and prospects. No matter what happens to the DOL Fiduciary Rule officially, the industry is already shifting – it is now a value proposition question and how to not be left behind and on the defensive with your clients. 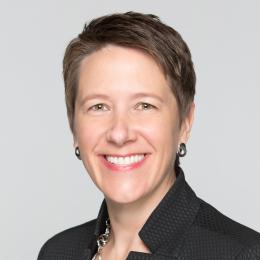