Ambidexterity through Dynamic Capabilities: Making the Case (Part One)

Blogs | Ambidexterity through Dynamic Capabilities: Making the Case (Part One)

Business leaders are continuously striving toward organizational ambidexterity, or the optimal balance between exploiting current sources of revenue and exploring ways to generate new ones. One way to achieve this is to tap into not only core capabilities, but also dynamic capabilities—the structures, processes, and routines that enable an organization to recognize new opportunities and build new core capabilities. In this blog series, we explore the importance of organizational ambidexterity. From there, we show you how you can build dynamic capabilities and cultivate them within your business.

As the market for film began to erode in the early 2000s, Kodak exploited its considerable share in the camera market by focusing on digital camera sales. While initially successful, this response came at the expense of profitability, as the increasingly competitive market had low margins and a much lower barrier to entry than film development. The company had relied too heavily on exploiting its existing market, neglecting proactive approaches to develop new opportunities. With demand for camera film 90 percent below its peak, Kodak ultimately declared bankruptcy a decade later.

Kodak competitor Fujifilm, however, took a different tack—one that played out much differently over the long term. While focusing on digital cameras to exploit current sources of revenue, it simultaneously explored advanced film production technologies to use in new markets, such as pharmaceuticals, cosmetics, and highly functional materials. It then integrated these products into its core business. In doing so, Fujifilm exploited its existing capabilities while simultaneously exploring new opportunities to generate additional revenue. By 2010, its imaging division accounted for less than 16 percent of revenue, down from 60 percent a decade earlier—a change reflective of its new, more diversified product portfolio.

Like Kodak and Fujifilm, all profit-making firms ultimately have a strategic goal to either grow or maintain their current position in the market. Over time, consumer demands change, new technology arises, and markets evolve. Failing to explore new opportunities and focusing solely on existing capabilities will slowly erode your company’s revenue stream(s) and ultimately threaten your ability to remain viable. To succeed in the long term, your organization must become ambidextrous. Ambidexterity requires a successful balance of exploitation and exploration that can enable your company’s long-term growth and sustainability.

The central question in the field of strategic management is how firms achieve and sustain competitive advantage. There are four main approaches you can use to build and maintain your market position:

While this all sounds great in theory, you may be struggling to strike that crucial balance of continuously exploring and exploiting. One way to enable this is by developing dynamic capabilities.

What are dynamic capabilities, and how do they enable ambidexterity?

A company’s set of core capabilities is among its most basic attributes. Core capabilities are generally operational. Simply put, they are what your organization does with its resources. They can be people, technology, processes, assets, and other resources, to name a few. These core capabilities enable your company to deliver products or services to customers and generate revenue.

To compete, organizations take these core capabilities and combine them in ways that are valuable, rare, costly to imitate, and non-substitutable. These combinations of core capabilities, sometimes called key differentiators, provide a competitive advantage, and sustain a firm's market position. For example, any company can sell cheap, unassembled furniture, any company can have it delivered, and any company can show you what it looks like once assembled next to another matching piece. IKEA, however, has nonetheless carved out a competitive advantage in this market. With in-house design capability, a unique in-store experience, and an integrated supply chain that has been optimized from end to end, IKEA has created a chain-link system that is difficult to imitate.

A competitive advantage, however, is bound to diminish over time. That means you must continuously explore the development of new core capabilities that will eventually become additional revenue streams. Developing dynamic capabilities is one way of doing this.

The next blog in this series will present a framework that can be used to develop dynamic capabilities.

Click here to read parts two and three in our series. 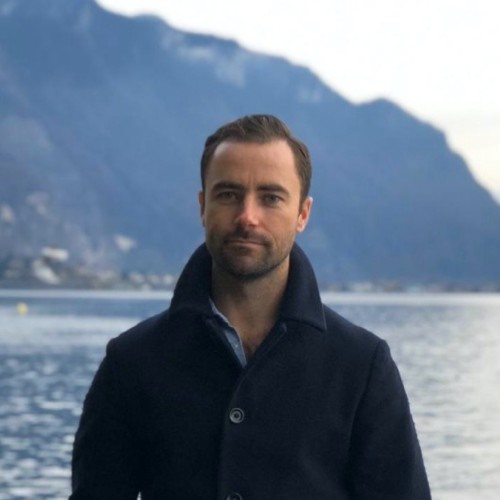 This blog was authored in partnership with Robert Langan, Ph.D.

Robert Langan, Ph.D. is a postdoctoral researcher at the University of Geneva. He researches strategic management, focusing on CEOs, board chairs, and other leaders. His work is published in the Harvard Business Review and academic outlets such as Long Range Planning. He received his Ph.D. from IE Business School and his MBA from EDHEC Business School. Arun is a Manager in the Strategy practice at North Highland. He has over 13 years of experience working with the C-level across the private, public, and startup sectors. Arun’s expertise includes growth and innovation; digital transformation; operating model design, performance improvement, and information security.