Net Neutrality and the Purchase of Milk

Blogs | Net Neutrality and the Purchase of Milk

As I watched the 2018 College Football Playoff National Championship game, I thought about an article I read in Wired Magazine and began thinking about how the recent changes in Net Neutrality regulation will impact viewing a game like this in the future. I asked a friend next to me for his opinion, and he gave me a puzzled ‘why should I even care’ look. I tried to figure out a clear and concise way to explain Net Neutrality, along with the implications of the latest decisions by the FCC, without boring him too much. To understand Net Neutrality, it may take an off-the-wall example to make the point: like the sale of milk. In this example, milk represents content – the creation of it, the access to it, and the distribution of it.

To many, milk is considered a necessity. It is a staple for young kids, an ingredient in many food items and meals, and it comes in several varieties like skim, 1 percent, 2 percent, whole, half and half, whipping cream, etc. What would happen if access to milk became limited? How would that impact those that produce it, those that consume it, and those that sell it?

Let’s say you wake up tomorrow morning, and your state has decided to create a legal order that limits the sale of retail milk either via direct to consumer, or from only six companies. These companies can be chains, but only these six companies are authorized to sell milk in any form (Kroger, Publix, Walmart, Target, Costco, and Whole Foods).

You suddenly decide you want milk. Where once you had access to purchase milk at hundreds of different stores, now, you only have six companies from which to choose. Dairy farmers could sell to you directly, but it is not operationally efficient because they now must add the cost to distribute the milk directly to your house. Therefore, your only real access to milk is now through these six companies. While the government, in this example, does not prohibit competition, it does make it difficult for smaller companies/new entrants to produce and sell milk if they are not distributing through one of the six companies set forth.

As each of the six retailers begins to understand milk demand in this new world, they begin testing new models that benefit their own sales. Four of the six stores decide to reduce shelf space to only sell skim, 1 percent, and whole milk. Thus, to purchase other kinds of milk (i.e. 2 percent, half and half, whipping cream, etc.), you are now limited even further. With limited places to sell other milk products, the dairy farms are forced to raise prices due to lack of places to sell these products. These prices are then pushed directly to the consumer at the remaining two retailers. The retailers’ actions of restricting access to milk variants inadvertently creates an increase in price for certain types of milk for all consumers.

Now that the stores have settled in with the new model, one store may decide to reconfigure space, which requires all milk cartons to be changed from rectangular boxes to perfectly round jugs. The store mandates the milk producers to change all containers accordingly. While the milk producers realize that this is inefficient, leading to higher costs for milk (to modify packaging, shipping and distribution methods, and marketing), the milk producers understand these changes now as a cost of doing business with this store. Because access is limited, milk producers must abide by the requested changes that are beneficial to its clients (the six stores), and not its customer base.

Vertical integration only complicates the matter

As time progresses, let’s say that Kroger decides to purchase a dairy farm. Kroger may place its milk in premium shelf space, to help promote the brand. Other milk producers are now required to pay a fee to Kroger, to access better shelf space for their milk.

Further, now that Kroger has established its brand of milk, they may decide to use its milk as a loss leader (in its stores) to sell more cereal and other items to make baked goods that utilize milk (i.e. eggs, cake mixes, cookie mixes, etc.), where they can control prices better. Kroger can reduce prices to a point where other milk producers cannot operate at a profit in Kroger’s stores. However, Kroger may also sell their milk to the 5 remaining stores at a more expensive price. Publix, seeing this trend, may decide to purchase a dairy farm as well. Thus, creating another brand of milk that is now sold cheaper within its parent store, but at a significantly higher cost at all other stores.

Now, if Publix wants to have their milk sold at Kroger, it is at a significant price disadvantage, unless it wants to lose money on each carton sold at Kroger if competing on price. Thus, Publix now has an incentive to only sell its own milk at its own stores, which in turn means that the milk it sold across all stores is not made up by the milk it sells at its own stores, and in turn potentially driving the price of milk higher as well.

How does this impact the consumer?

All the consumer wants to do is to have access to milk. This new regulation, while intended to streamline the ability to have milk and let the six retailers work out the details of access to milk, only makes it more complicated for the consumer.

Access is simple - six retailers sell milk. However, now that access is controlled by only a few, vertical integration comes into play and it becomes more complicated for consumers to purchase the milk that they want. The price of milk may now dictate where consumers shop for other products, because why drive to multiple stores for other items if you are already at the store for milk? Thus, by controlling access to milk, the retail stores are now controlling consumers’ access to other products as well.

While this is a stretch of an analogy, by replacing ‘milk’ with ‘content,’ you now have a better understanding of how content, and access to it, is a fundamental construct of Net Neutrality. If access to content is restricted to only a few providers, and vertical integration occurs to those creating and distributing content, then an inherent risk lies in a vertically integrated company prioritizing its own content through ‘creative packaging,’ through means such as discounted pricing, prioritized service, better quality, etc. While these are theoretical risks, they are still risks that should be monitored to ensure that content creation, access, and distribution are left unencumbered. 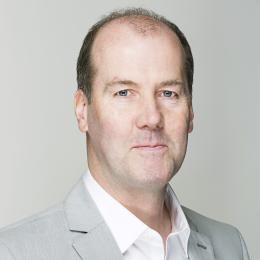