Solutions to the pain points of modular Medicaid procurement for states, vendors, and CMS.

This is not state procurement business as usual.

Ward paints a picture: The Death Star was the “undefeatable ultimate weapon” that was “brain-meltingly complex and ravenously consumed resources,” he noted. However, despite the complexity of the project and its mind-boggling up-front expense—$852 quadrillion, by one estimate1—the Death Star is destroyed twice, and in its two iterations only manages to get off a few shots.

Time and again throughout the “Star Wars” series, Ward concluded, “war-winning weapons tend to be simple, inexpensive, and small.”

Originally, Medicaid Management Information Systems (MMIS) were designed like Death Stars—large, complex, and expensive. Unfortunately, it turned out that these massive systems were at risk of troubled implementations.

Approximately 70 percent of the IT budget for the U.S. government is spent on legacy system maintenance. This number is often higher for state and local governments,2 in which 21 recent MMIS implementation projects over a ten-year span have come in delayed, over cost, failed entirely— or resulted in a combination of these three outcomes.3

In response, the Centers for Medicare and Medicaid Services (CMS) began pushing all states toward MMIS’s made of up reusable and interchangeable modules that are simple, inexpensive, and small.

While many states are on board with modularity, making it happen hasn’t been simple. It has challenged traditional procurement processes; processes that must now be as efficient and seamless as the modular MMIS itself is intended to be. This is not state procurement business as usual.

Through interviews with states and vendors, and based on our experience leading $1.5 billion in public sector procurements, North Highland has identified critical failure points—from the perspective of the states, the vendors, and CMS—as well as the procurement best practices to boost the odds of success in pursuit of a modular MMIS.

By combining the perspective of states, vendors, and the Centers for Medicare and Medicaid Services (CMS), North Highland has identified the key failure points, and associated solves, in Medicaid Management Information System (MMIS) procurements:

Underlying Challenges: Perspectives of The States, The Vendors, and CMS

A push to modularity was, and continues to be, promising in creating widespread and incremental efficiencies within a healthcare system that serves more than 73 million people across the nation daily.

However, though 10 system integrator bids have been released nationwide, only one has been awarded, and three have been canceled.4 All involved parties—the states, vendors, and CMS— are frustrated and a bit gun shy.

In November 2017, North Highland conducted a market audit in order to define the specific pain points for the involved parties. We spoke to states with canceled RFPs, dozens of vendors large and small, and CMS representatives to identify common pitfalls, which, if designed against, could prevent stalled or failed procurements.

The State’s Perspective: Ill-defined scopes of work and levels of effort, combined with disproportionate risk, are inhibiting our RFP success.

For the states, a failure to launch brings great frustration and lessons learned. States that have canceled or reissued system integrator RFPs acknowledge that the original scopes of work didn’t draw clear lines of responsibility between the systems integrator (SI), modular vendors, the state, and the PMO. Additionally, the RFPs lacked clarity around level of effort—specifically around the number of interfaces and transaction volumes.

This lack of clarity was coupled with a disproportionate amount of risk on the SI. This “one throat to choke” approach may have been intended to mitigate risk in a process with myriad points of potential failure, but has left many SI vendors unwilling to commit.

States are also unsure about when and how to successfully onboard an SI.

Following a traditional procurement process, failed RFPs have included lists of prescriptive requirements and reports, many of which were considered by vendors as being not germane to the scope of work. From a vendor’s perspective, this approach limited the creative license vendors seek in a system design, and handcuffed them to delivering success based on requirements that may be outside their control.

Additionally, mid-sized and start-up vendors reported they were struggling to compete in the RFP process against incumbent market leaders, many of whom are now offering end-to-end solutions. This dynamic is bad news for states, who risk losing innovative solutions and leverage in favor of “business as usual” with monolithic vendors.

CMS’ Perspective: “The ‘one throat to choke’ method is inherently flawed,”5 and traditional funding and procurement frameworks threaten to limit SI success.

When CMS issued the SI advisory as part of its modular MMIS guidelines, it stopped short of mandating how to procure and onboard one. As a result, states were left to their own best procurement processes, many of which don’t support a modular approach.

For example, some RFPs asked SI vendors to perform a hybrid PMO/SI role or placed disproportional accountability on the SIs for the success of projects, even going so far as linking successful project certifications to SI payments. However, from CMS’ perspective, this approach has the potential to create future conflicts between the SI and vendors.

Additionally, the entire modular approach will be a strain on state resources, and traditional funding cycles may not adequately support this more agile way of working.

Net-net: Confusion, fear, and frustration are universal across all involved parties. However, these pain points spotlight opportunities to move toward a cohesive, sustainable approach.

Modularity is not a new concept in other industries, and its leading principles—of speed, innovation, and incrementality—are influenced by tried and true agile ways of working. And for good reason.

Tens of millions of dollars and a traditional, waterfall procurement and development approach didn’t prevent HealthCare.gov’s catastrophic failure at launch. It fact, it may have precipitated it.6

Instead, the solution came in the form of three 20-somethings who, over three days, built HealthSherpa.com—a site that quickly and simply matched citizens with health care plans. It didn’t meet every goal of HealthCare.gov, but it provided the bulk of what citizens needed, and while the government’s massive undertaking collapsed, HealthSherpa.com enabled forward progress for citizens and plan administrators.7

Today, states find themselves firmly stuck between two worlds: The world of the traditional HealthCare.gov approach, and the agile HealthSherpa.com way of working, which is ultimately where modularity will lead.

It is not necessary for states to completely transform to agile ways of working (yet). However, there are agile best practices, which, when applied strategically against critical procurement pain points, can significantly streamline a state’s path to modularity.

Going Modular: A License to Streamline

It’s a story that sounds strikingly similar to the traditional MMIS systems: One state’s agriculture and consumer services department was working off 68 disparate systems, 80 percent of which were custom built, across 12 divisions and 12 offices tasked with the issuance and management of 250 licenses and permits. North Highland was brought in to help the agency modernize and modularize.

Following a North Highland-developed feasibility study and business case, which were used to secure state funding, the department engaged North Highland to turn the concept of a holistic, streamlined enterprise Regulatory Lifecycle Management System (RLMS) into an actionable strategy.

North Highland started with the development of functional and non-functional system requirements, and developed use cases through key stakeholder interviews with state leadership. Regulatory application, data portfolio, and interface assessments contributed to the development of data migration and conversion plans, a project management plan, a project charter, and schedule and onboarding process. Additionally, the implementation plan and timeline included the Invitation To Negotiate (ITN) procurement document, which was thoughtfully developed based on interviews and review sessions with department and state leadership.

At the project’s end, the department had an SI-ready package to guide the installation and implementation of a new enterprise RLMS, which will ultimately positively impact the department financially and operationally.

A master integration plan for the enterprise architecture—ideally developed with the support of an outside, objective third party—is absolutely required before SI procurement. This plan will inform the scope of work for the SI versus the project management office (PMO), and reveal the ways in which the state will need to support the SI work, all of which should be clearly articulated in the procurement process.

Finally, states must establish a system of governance for a multi-vendor environment before the SI is hired. An executive oversight committee, armed with a solid understanding of the state’s master plan for multi-vendor management and governance, will prove to be a critical support mechanism for the incoming SI.

Going Modular: The Roadmap to a Future-Ready MMIS

States need more than just a timeline to understand how things relate in a modular MMIS. A precise roadmap not only optimizes the technology, but also paves the way for a more resource-efficient process for the business.

Market trends and best practices from across the country can offer critical insights into the development of a modular roadmap for states, which is why it’s one of the first actions North Highland tackles in a roadmap development project.

For one Medicaid organization, North Highland collected and assessed the trends and developments in the MMIS market through in-depth research and interviews with vendors, states, and CMS leadership. It revealed helpful insights. For example, the fact that some vendors were in the process of developing specific modules as Commercial-off-the-Shelf (COTS) or Software as a Service (SaaS) offerings, which significantly impacted North Highland’s recommended sequencing of procurements to provide the state with the widest set of options.

However, those external insights only tell part of the story critical to roadmap development.

Roadmap success is also dependent on internal insights from the state into long-term business goals and visions. The state-side resources providing those insights should have a firm understanding of and commitment to the modularity concept, along with the bandwidth to devote to a new, and never-ending, procurement process.

Without a balanced distribution of risk, many of the projects will never get off the ground, according to vendors North Highland spoke to. States acknowledge the issue as well, with one reporting to North Highland that in response to an RFP, a vendor proposed a revision that categorically rejected the original service-level agreement (SLA).

The opportunity will be to balance risk while enabling competition when outlining terms and conditions and SLAs. For example, rather than designing an RFP that motivates vendors with penalties and disincentives, an incentive-based framework—one that rewards vendors who go above and beyond their scope of services—will stand out and fuel competition.

States also have had success in outlining payment tiers to provide a better estimate of things like interfaces and transaction rates. The result is a tiered estimate for vendors, who, armed with a clear(er) picture of the required modules, are better able to mitigate their financial risk.

Without a balanced distribution of risk, many of the projects will never get off the ground.

This is more than a procurement challenge. The move to a modular MMIS requires states to adopt the foundational support practices— including performance management and organizational change management—that will ensure the success of the SI and achievement of the state’s goals.

States have an opportunity to apply these practices in a multi-vendor environment, and would benefit from outside perspective and leadership in these practices before jumping into procurement.

Moving to modular changes everything about how state health agencies work, from decision-making and funding, to performance management and procurement. Ultimately, a modular MMIS is far more than a tech implementation, and state leadership and vendors alike will need to refocus and adjust their entire procurement frame of reference to succeed.

The upside of these changes are MMIS systems designed to meet the modern requirements of Medicaid, and enable states to focus fewer resources on maintaining the old, and more on building the future. 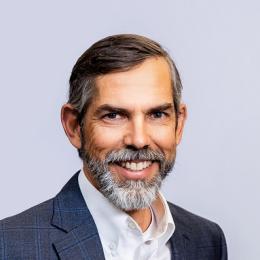