Being a truly digital company is about more than digital products and services. It’s a journey that’s constantly changing. To advance along this journey, organisations must strengthen their digital core and tap into the power of innovation in tech.

Graham Baxter drove Hutchison Three UK through a massive network share joint venture with T-Mobile before taking ownership of customer services as COO. His work was later recognised by a global software leader for challenging the "way things are done" to improve the customer experience in the face of major technology disruption. Here’s what he learned along the way.

Lesson One: Seek progress, not perfection

Transformations, by definition, are imperfect—they’re about delivering incremental change. You need to learn to celebrate small wins and successes along the way and overcome the default mindset of striving for perfection.

Digital transformation means constant change and evolving requirements; your goalposts are always moving. If you embed a goal-oriented mindset, you will always fall short of what you could otherwise deliver as part of your transformation. As Baxter puts it, “it is better to take many small steps toward your overall transformation goal than a few giant leaps.”

Lesson Two: Patience is more than a virtue—it’s a requirement

Major transformations take time—often more time than members of the C-suite will hold their positions. With a relatively short amount of time at the helm (averaging 6.9 years, the CEO has the longest tenure of the C-suite), leaders often adopt a short-term mindset for transformation. Any significant transformation, particularly greenfield initiatives, will start slowly. At the same time, leaders are under pressure to get runs on the board and deliver results early.

Baxter reinforces the importance of patience, saying that “putting pressure on short-term gains limits or delays the potential benefits that could be delivered later in your transformation.” For digital transformation leaders under significant pressure to deliver ROI to shareholders, it’s important to be on the lookout for the tension and trade-off between short-term results and long-term value.

Lesson Three: Focus on the journey, not the outcome

Baxter says one of the key lessons he learned in the telecom sector is to aim for “the sweet spot between sustainability and effort.” Leaders consistently face pressure to sustain momentum throughout a transformation, but there is a high risk of burnout. Constant overload will inevitably lead to poor decision-making and negatively impact delivery.

What the future holds for telecom

Despite being considered critical national infrastructure, telecom companies are under attack from over-the-top providers and mobile virtual network operators (MVNOs). These types of organisations have been able to leverage telecom networks to offer a more attractive shareholder proposition and deliver greater, more rapid value to their customers. As a result, revenue from traditional core telecom services is declining. Numerous telecom operators have reported poor market capitalisation and low margins relative to investment.

Innovation is critical for future growth. As Baxter puts it, “telcos need to focus on becoming far more service-oriented and digitally enabled in order to better serve their customers and innovate around their core assets, where they have a ‘right to play’ and win.”

Telecom operators have the potential to future-proof their success by:

The key to future success in telecom will hinge on a fundamental industry mindset shift. Leaders must no longer view digital transformation as a point-in-time initiative, but rather a platform that’s essential for competing successfully in a digital world. To learn more, read our latest report on continuous transformation.

Graham Baxter is an accomplished technical and commercial leader with 25 years of experience in mobile communications.

Graham joined Orange UK as Head of Network Design and Systems Infrastructure in 1995, just after the launch of the company's 2G network. He successfully managed its network evolution through a period of unprecedented subscriber growth and the introduction of the first mobile data services.

Graham moved to Three UK in 2004, a year after the launch of their pioneering 3G network. He became CTO in 2007 and established the world’s largest network share, nearly doubling the Three UK site count whilst significantly reducing network operating cost. This initiative contributed to a £1 billion financial turnaround between 2007 and 2011.

Graham was promoted to COO in 2011. He led the Three UK technical workstream and joint consolidation team for the proposed acquisition of O2 (Telefónica UK) between 2015 and 2017. Following the EU’s blocking of the deal, he also led a three-year, £2 billion technology-enabled business-wide transformation at Three UK.

Graham left Three at the end of 2019 to set up his own consulting business. His firm, Grey Bee Ltd., advises, consults, and mentors for technology-enabled business transformations. 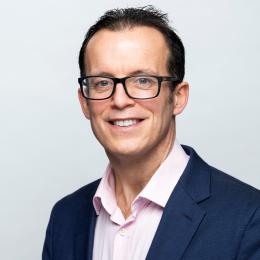