When the Wright brothers tried to fly their first glider in 1900, it was an unmitigated failure. Their design didn’t provide enough lift for the “flying machine” to get fully off the ground, nor did it provide the pilot enough control. It took multiple prototypes, development of a wind tunnel, and the support of a mechanic to build the airplane that made the first sustained flight on December 17, 1903.

How did the Wright brothers have the resiliency to continue trying again and again for nearly three years? They approached the problem with a different perspective – one focused on collaboration. The prototypes and wind tunnel tests offered the two brothers a shared space to work toward a single goal, instead of becoming fatigued by facing these monumental challenges on their own.

Leaders tasked with change management would be well-served by adopting a similar approach. With the business landscape dominated by the need to innovate at a faster pace, change saturation has permeated many organizations. We live and work amid constant disruption, and as a result, it can be difficult to get employees on board with change initiatives. Your people, and the company as a whole, likely have a reduced ability to absorb and enact change.

As the Wright brothers found, collaboration is one way to battle change saturation. When co-creation is built into change initiatives, you create space for people across the organization – those closest to the situation – to help build the solution. It’s a powerful tool to not only build a superior solution, but also to overcome change fatigue and keep your organization from returning to the same old way of operating.

Want to identify the best path forward for your change initiative? Collaboration is typically the most effective way to do this, because it allows your organization to leverage the expertise you already have. Your subject matter experts understand the day-to-day implications of the problem and proposed solutions best. When they’re an integral part of the change initiative, their peers are more likely to buy in to the end goal and see change as significant or worthwhile, which helps reduce disruption.

The business day can be hectic, with multiple projects and priorities competing for your employees’ attention. If you’re not careful, your new change initiative might simply add to the noise.

Change leaders often find it difficult to get the workforce’s attention. It’s simply easier for most employees to go about their day, executing processes as they always have, rather than dedicate energy to an unfamiliar process. Today’s change saturated environment exacerbates this issue by reducing employee confidence in the organization’s ability to tackle challenges: Nearly half of employees surveyed for our Harvard Business Review Analytic Services sponsored report on resilience said they are moderately, minimally, or not confident that their companies’ workforces could absorb a challenge such as change. If employees don’t believe that an initiative is going to be successful, they will likely choose to focus their attention on tasks they feel are a better use of their time.

Creating a process for collaboration breaks employees out of this pattern, aligns them with the ultimate goal of the initiative, and inherently involves them in change. They become personally invested in the end result – overcoming a potential lack of confidence in the process.

In practice, collaboration can help change leave a lasting impact on your organization. Consider the case of a global CPG company’s marketing organization, which was struggling to effect change due to siloed business units operating with disconnected strategies. North Highland partnered with this organization, using design thinking to develop a co-creation process that involved its entire team. A new process for strategy development emerged that focused on iteration and cohesive, organization-wide engagement. By working together, the team was able to achieve superior outcomes, improve their day-to-day ways of working, and enact a new way of thinking and interacting that continues to drive better results.

Consider using co-creation as a key tool in the fight against change saturation. For many companies, it’s essential for thoughtfully implementing lasting change. Chances are, it can help your organization’s change initiatives get off the ground -- just as it did for our CPG client and for the Wright brothers.

Want to read more? Check out part one and part three of our series on overcoming change saturation to find out how to map the change landscape and build resilience in times of change. 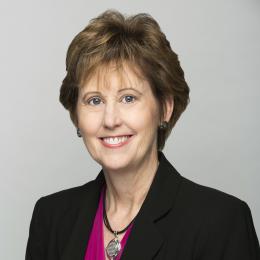